The Lannisters’ grip on the throne is loosening, Daenerys’ political affluence is fading and tempers on the Wall are blazing so vehemently they might cause the whole thing to melt. Amidst this flurry of continuous conflict, where kings are boys and witches are Dutch, comes a new delegation of characters to further upset the balance. In this third feature in our ‘Week of Thrones’, we take a look at this group of would be participants in the Game of Thrones. Who will win, and who will die? Read on, if you dare. (Major spoilers for seasons 1 – 4, minor spoilers for season 5.)

The Sand Snakes:
Like the Snows and Stones in the North and the Vale respectively, bastards born in Dorne are also attributed a derogatory last name: Sand. Three people bearing this disreputable last name will make their first appearance in the fifth season of Game of Thrones. Namely, the bastard daughters of Oberynn Martell, the winner of last season’s most gruesome death award. Infamously renowned as the Sand Snakes. Their name is a clear reference to their father’s nickname; ‘the Red Viper’. The three to be introduced in the fifth season were all born to different mothers, although they all share their father’s eyes.

Keisha Castle-Hughes as Obara Sand
The eldest of the three sisters, Obara is the product of Oberyn’s exploits with a prostitute from Oldtown. A reckless wine-drinking woman who considers herself a warrior. Armed with a spear, Obara is the most physically intimidating of the three. Described as big of bone and hot of temper, Obara is sure to offer fans of the show a dangerous taste of Dornish steel.

Jessica Henwick as Nymeria Sand
Born to a noblewoman from Volantis, ‘Lady’ Nym might be of better origins than her sisters, but her name’s no different for it. A near to twenty-five year old beauty, Nymeria is described as slender and pale. With her dark eyes, jet-black hair and full lips, Nymeria makes for a far more pleasant sight than her older sister. On top of her looks, she also boasts over a dozen daggers, with which she is exceedingly proficient. A more delicate touch than her sister, but no less fiery, Nymeria’s debut is one of the season’s most hotly anticipated.

Rosabell Laurenti Sellers as Tyene Sand
Treachery and piety might not make for the most logical combination, but they’ve found a home in the golden locks of Tyene Sand. Born to a septa, the third oldest of Oberyn’s bastard daughters might not immediately appear as threatening as her siblings. However, looks can be deceiving, and one would be fortunate indeed to survive an encounter with the literally, considering her affinity, venomous Tyene. Whereas her sisters present a physical threat through their skill at arms, Tyene’s soft pale hands ought not to be underestimated lest she introduces you to her knowledge of poisons.

Members of the House Martell
One of the great houses of Westeros, the Martells rule in the peninsula of Dorne far to the south. Loyal, but somewhat apathetic, to the Iron Throne, the House Martell oversees the most southern part of the kingdom. The bad blood between the Martells and the Lannisters was the real cause that drove Oberyn to King’s Landing. During the sacking of King’s landing Elia Martell, wife to Rhaegar Targaryen, was violently raped and murdered by Lannister troops. Naturally, we all remember how Oberyn’s quest for vengeance panned out. Now that Oberyn has fallen, at the hands of none other than Tywin Lannister’s so-called ‘Mad Dog; the next season of Game of Thrones will afford the Martells an even greater role. 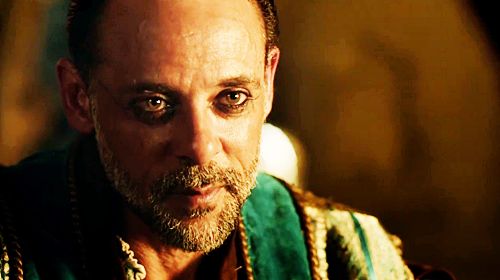 Alexander Siddig as Prince Doran Martell
The current Prince, and therefore the de facto ruler of Dorne and Lord of the castle Sunspear. His poker-face isn’t easily deciphered, but many suspect Doran is looking to avenge his fallen brother and sister, despite his apparent neutrality. He is a cautious man who isn’t given to bouts of emotion. Plagued by gout, Doran has difficulty walking. This season, Doran’s apparent apathy will undoubtedly clash with the Sand Snakes’ ferocious desire to avenge their fallen father.

Toby Sebastian as Prince Trystane Martell
The youngest son of Prince Doran and his wife Mellario of Norvos, and the heir-apparent of the Dornish throne.
During his stint as the Hand of the King, Tyrion plotted to pledge Myrcella as the future of wife of Trystane, in an attempt to prevent future conflicts between the Lannisters and the Martells. In the books, Trystane is only third in the line of succession (with the uncast Arianne and Quentin Martell both ahead of him.) However, given that his siblings will not feature in the series, we presume that Trystane’s role will in turn be far greater.

Other notable faces
Not everyone worth a mention belongs to a famous clan or family, the following characters will also be making an appearance in the upcoming season. Don’t get too attached to them though, they’re still playing the Game of Thrones after all. 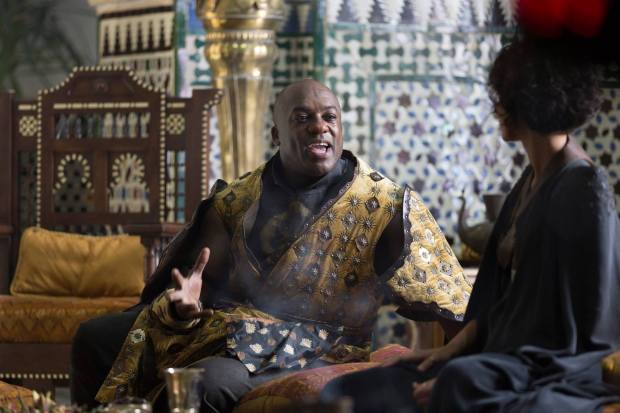 DeObia Oparei as Areo Hotah
We’re staying in Dorne for the moment, to introduce you to the captain of Doran’s guard: Areo Hotah. Wedded to his axe in Norvos, Areo joined Mellario when she travelled to Dorne to marry Doran, and entered into his service. Hotah watched Doran’s children grow up and has developed a special bond with the young princes and princesses. However, despite his love for his children, his loyalty belongs to Doran and he often reminds himself of his personal vow: “Serve, Obey, Protect.”

Jonathan Pryce as the High Sparrow
The current High Septon of the Faith of the Seven, he abandoned his real name when he was elected to office.
He is described as a tender, frail-looking man with a heavy-brow and hard eyes. His will is iron and his manner is simple, wearing a woolen tunic instead of spun gold. He claims to have walked across the entire realm, performing the duties of a Septon. Often he would come across villages too small to have their own septs.

Did we miss anyone you’re excited to see? Are you as disappointed as we are that Arianne won’t be appearing in the show? And who are you most excited to see? Let us know in the comments, and don’t forget to hit up our Facebook and Twitter pages for continuous Game of Thrones coverage as we approach this Sunday’s premiere.