A GLIMPSE OF THE FUTURE!

Welcome to part 2 of the round-up! Here we’ll be talking about the demo for Pokémon Sun and Moon. Part 1 talks about an earlier trailer, concerning the evolution of Type: Null among other things, and Part 3 will focus on the latest trailer.

Now, the demo came out on October 18th (yes, we’re late, sue us) and was subsequently data-mined to hell. As stated in part 1, we won’t be talking about the resulting leak, so let’s focus on the demo itself.

The demo is…fine, really. It’s a good way to get a glimpse of Sun and Moon, but don’t expect it to be anything mind-blowing. The art style is clearly a little different, straying from the chibi-style to something with more realistic proportions, but still clearly a Pokémon game.

You’ll also quickly note that grid-based movement is basically entirely gone and you’re basic movement speed is thankfully pretty fast. There’s even a cool little Easter egg where, if you spin in circles, the character will start doing pirouettes for some reason.

Riding Tauros is pretty cool too and we now have confirmation that ride Pokémon will replaces HMs, so cheer in celebration and set your HM slaves free! 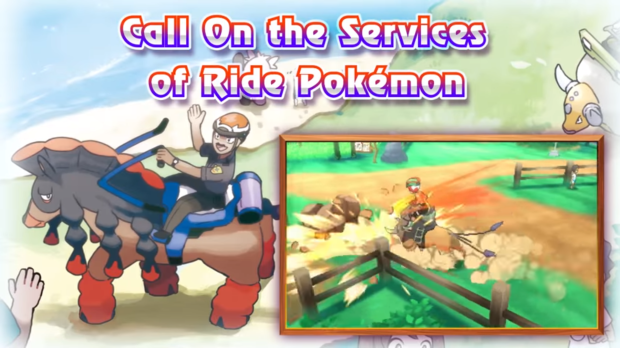 Instead of permant slaves, we now have rentable slaves.

The music is pretty great, though the battle theme a bit less so, and we never encountered much slowdown during battles. Speaking of battles, the new ability to check status conditions and lowered stats of a Pokémon is nice extra but not something veteran fans will care too much about.

We come from a time when you had to remember how screwed your attack stat was, dammit! You darn kids and your fancy menus helpfully giving you information!

What is a nice new feature is further streamlining of capturing Pokémon. While that was improved in previous games, now Pokéballs show up under their own tab in the battle menu during random encounters. No more fiddling with menus to get to the balls!

The demo also has a number of ‘events’ scheduled for certain dates, but don’t worry if you missed any of those. Generally, they either provided you with nothing but a cute scene or an item that can be transferred to the main game and sold for cash. Nothing too great. 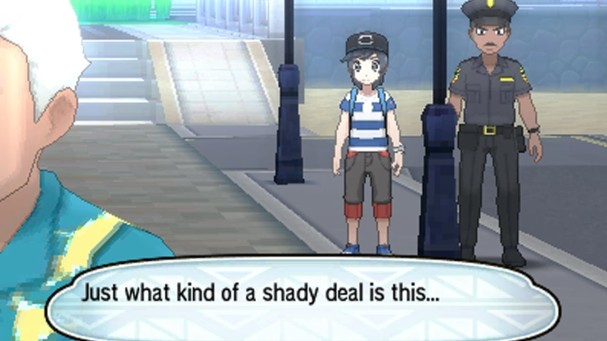 This does raise the question of whether or not the Pokémon world even has drugs.

That being said, if you want to get all the items you can out of the demo, you may want to check back in with the Policeman in the Marina on the 30th for a balm mushroom and with the first woman you see in the Ferry Terminal on November 11th for a comet shard.

There may also be an event involving the owner of the café in the Pokémon centre on November 17th/18th, but this has not been confirmed.

The main thing you can transfer from the demo is the Greninja with the Battle Bond ability that lets it transform into Ash-Greninja. While we still don’t like the concept, we will admit that it’s a pretty useful Pokémon, so you may want to play the demo just for that. 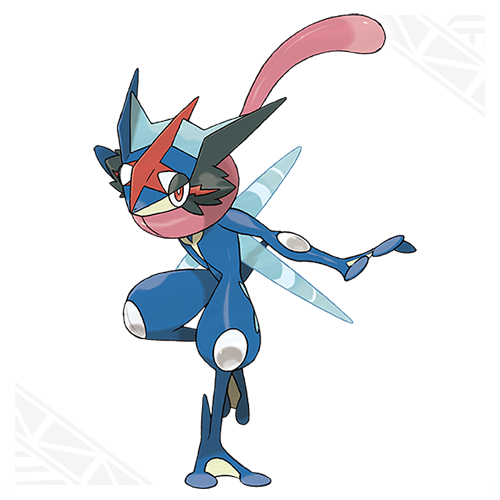 We’re sure you’ll have a lot of fun, alone and unloved, forever in a PC box.

The ‘story’ introduces you to the concepts of Z-moves and Island Trials. Professor Kukui ask you to photograph some Jangmo-o with the Poké Finder and you then battle a totem Hakamo-o. The trial is exactly as boring as we feared and the battle with a Totem Pokémon is…a nice idea, but just not the same challenge as battling a gym leader.

All in all the demo does a good job of showing you what’s changed and what will stay the same, but you certainly don’t have to play it to get some sort of massive advantage in Sun and Moon.

What did you guys think of the demo? Did you see the Alolan Dugtrio? Let us know in the comments below!